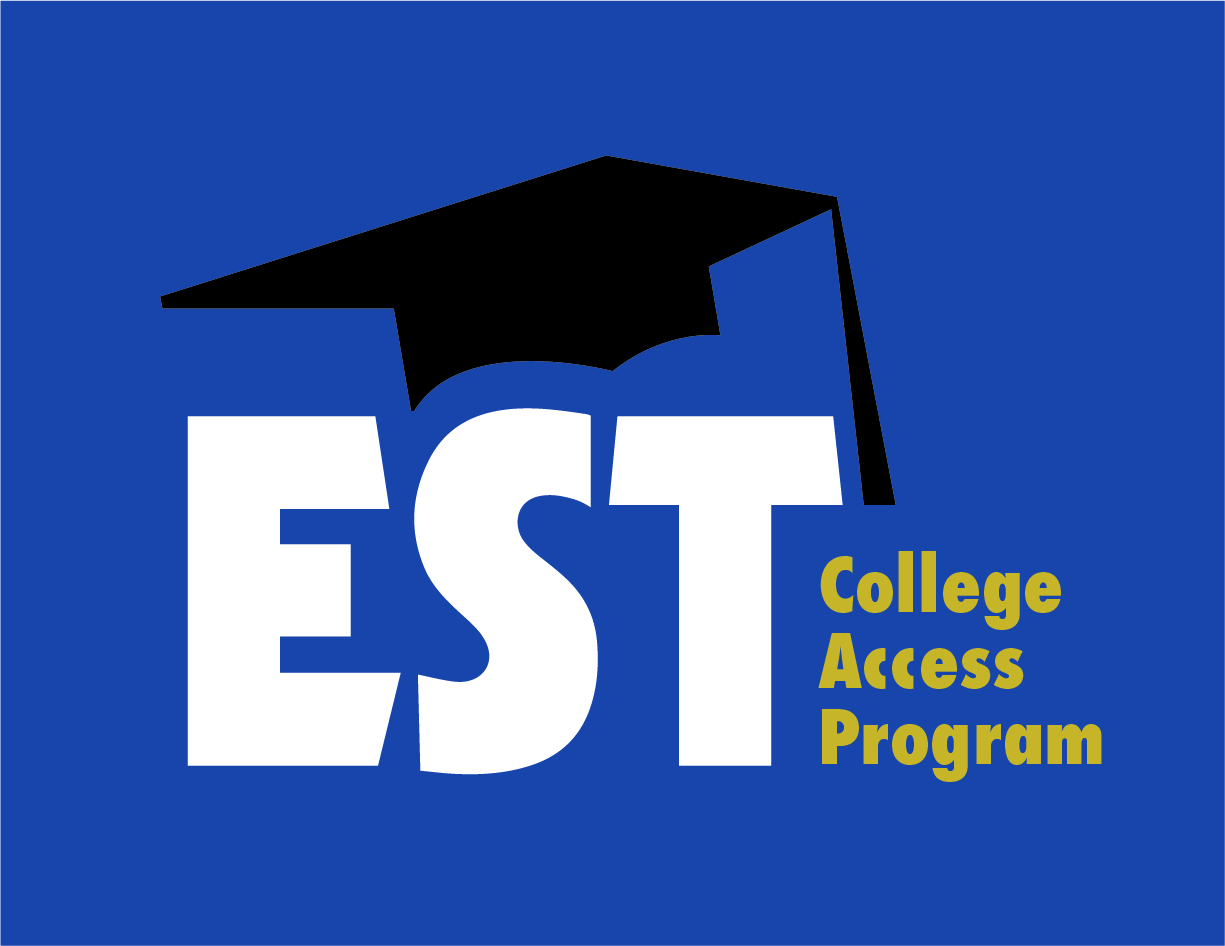 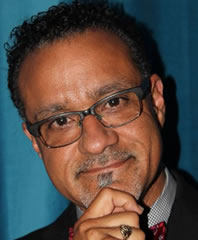 As a distinguished educator for well over two decades, Dr. Robert has dedicated his entire career to helping his students and mentees feel a sense of confidence in their abilities to succeed. More specifically, he prides himself on guiding students through the labyrinth in higher education which often serves to derail young people of color. He considers himself an education evangelist because he recognizes that education is the most reliable path to the success we want for ourselves and our children.

Presently Dr. Robert teaches full time in the Los Angeles Community College District at Los Angeles Southwest College. As a positive man of color, he is one of the most loved and respected professors on campus and is often informed by students that his constant encouragement and effective academic instruction serve as a perpetual source of inspiration, compelling them to work harder and reach farther.

He is a founding charter member and current President of the Long Beach chapter of the 100 Black Men, Inc. Since its inception in 2008, he has served as the mentoring chair and has never missed a session of the monthly youth mentoring program conducted on the California State University Long Beach campus. As a result, the program has garnered national recognition for its success and has produced a plethora of well-adjusted, socially-aware, college-bound young men. Moreover, the success of the mentoring program has aided significantly in completely closing the achievement gap for all committed participants.

Dr. Robert is proud to serve as an EST Board Member because he knows firsthand the life-changing impact that EST has had on countless young people. 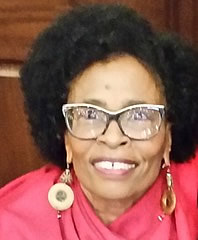 Charlotte Forté-Parnell was born and raised in Los Angeles, California, and educated in local public schools. She received her Bachelors’s (Political Science) and Masters (Public Administration) Degrees from California State University at Long Beach and Los Angeles respectively, and her doctorate in Education/Organizational Leadership from the University of La Verne in La Verne, California.

Dr. Parnell is a retired Dean of Language Arts and Academic Development from Antelope Valley College in Lancaster, California. She served there for 8 years after her 5-year tenure as Chief Academic Officer at a private post-secondary career training school and 24 years in adult education at the Los Angeles Unified School District where she progressed from Basic Skills Instructor to Assistant Principal of Operations. Dr. Parnell is committed to life-long learning and helping others to realize their educational and career goals. She is a strong advocate for economic and education equality for African Americans.

Charlotte is currently an independent researcher and real estate investor. Her research interests include African American cultural retentions, African-centered education, the African Diaspor, and genealogy. She has researched her maternal and paternal family lineages back to the early 1800s and is now actively involved in DNA analysis and research of extended family relationships. Charlotte considers herself an entrepreneur at heart and has owned and operated two small businesses (public relations/grant writing) and is currently exploring import/export opportunities in West Africa.

Dr. Parnell has been an active supporter of EST since 2012 and an Executive Board Member since 2016. She serves as Chair of the Student Financial Assistance Committee. 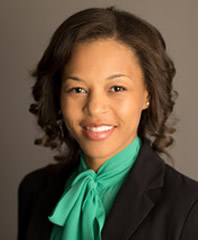 Chinyarai Hamilton participated in the EST Black College Tour during her senior year in high school. She attended Clark Atlanta University (CAU), where she met her husband (Dr. Mitchell Hamilton) and graduated in May of 2007 with a BA in Business Administration. During her matriculation at CAU, she became a member of Alpha Kappa Alpha Sorority and was a charter member of the CAU chapter of The National Association for Negro Business and Professional Women’s Club. She holds an MBA from Syracuse University and is happy to give back to EST by using her business expertise as well as her extensive knowledge of non-profit management. She is so grateful for her EST experience and very happy to be able to help provide others with life-changing experiences of their own. 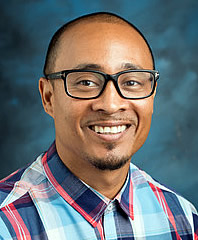 Dr. Mitchell Hamilton is an Assistant Professor of Marketing at Loyola Marymount University in Los Angeles, California. Mitchell holds a Ph.D. in consumer behavior from Syracuse University, as well as graduate and undergraduate degrees in marketing from Clark Atlanta University and San Diego State University respectively. As an alumnus of Clark Atlanta University, Mitchell understands the value of an HBCU education and experience. He also realizes that a significant number of potential college students are grossly misinformed about HBCUs. Furthermore, he believes that there is a  general lack of awareness of HBCUs as viable options for post-secondary educational experiences. Mitchell is glad to be a part of the EST Board because he truly believes that EST is helping to showcase the value of HBCUs, as well as helping to simplify the matriculation processes (particularly in regards to the youth of color). 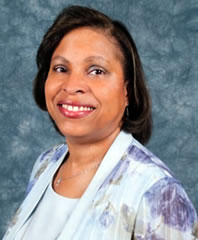 Celeste Wall graduated from USC in 1981. One of her greatest achievements is the creation of the Stepping Into Excellence Saturday Academy in 2002, designed to assist students in grades 6-12 with college preparation. Students are provided instructions in Math and Language Arts, which includes requirements to read one book a month, essay writing, vocabulary building, algebra through trigonometry, and college prep workshops. The curriculum prepares students for the pre-college PSAT, SAT, SAT II, and ACT entrance exams. The program annually provides SAT/ACT testing and 5-week summer workshops with the Princeton Review. Senior workshops are designed to transition high school seniors to the college experience, and parent workshops are offered as well.

Since its inception, the program has successfully graduated 100% of its students to colleges across the country including UC Berkeley, UCLA, UC Riverside, CSU Long Beach, Northridge, Morehouse, Spelman, Clark-Atlanta, Paine College, Hampton, Howard University, Benedictine, Arizona and many more.

In the summer of 2005, Celeste was a chaperone on the Black College Tour with eight of her students, including her daughter Victoria. Celeste has remained a chaperone ever since and truly loves the experience of taking students from California to experience the Historically Black Colleges and Universities. She has been an active supporter and joined the Board in 2012 and became Board President in 2014. 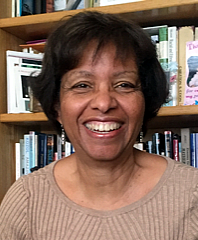 Cynthia Barnett is a retired college educator. For 25 years she was full-time Sociology faculty at Moorpark College in Moorpark, CA, teaching a variety of courses both on the ground and online. During her tenure at Moorpark College, she served as Chair of the Behavioral Science Department, developer and coordinator of the Honors Program, and an ongoing member of the planning team for the annual Multicultural Day. She worked very closely with all students, and was committed to their educational success, and received the honored “Distinguished Faculty Chair” Award in 2012. Prior to Moorpark College, she taught part-time at College of the Canyons in Santa Clarita, CA, and full–time at The Behrend College, Pennsylvania State University, in Erie, PA.

Cynthia was born and raised in Columbus, Ohio. She completed her bachelor’s and master’s degrees at Bowling Green State University in Ohio.  All work towards her doctorate, except for the dissertation, was completed at Tulane University in New Orleans.  Cynthia is an active member of Alpha Kappa Alpha Sorority, Sigma Lambda Omega Chapter, and The Links, Inc., San Fernando Valley Chapter. 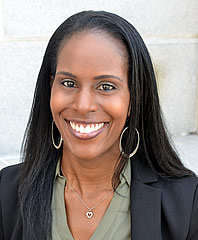 In 2015, Leslie joined Councilman Curren Price of the New Ninth District’s staff as Deputy Chief of Staff and Director of Public Infrastructure Development and Community Programming. She was responsible for the investment of $40M developing new parks, open space, and green alleys throughout the district. She led policy initiatives on the City’s Minimum Wage and Street Vending Program. She oversaw and advised on items referred to the Arts, Entertainment, Parks, and River Committee, the Economic Development Committee, the Coliseum Commission, and issues related to Health, Education, and Veterans. She also managed the logistics and fundraising for cultural programming and community events; including the Central Ave. Jazz Festival, LA Memorial Coliseum 4th of July Community Festival and Fireworks Show, South Los Angeles Dia de Los Muertos, and various Holiday events. 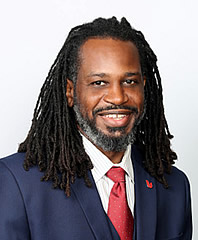 Sean Brown currently holds a position as Assistant Vice President Mortgage Consultant with Union Bank. His office is at the Crenshaw Bank branch located in the Jefferson Park area of Los Angeles.  Born and raised in Brooklyn, NY Sean graduated from Virginia Union University with a degree in Business Management in 1998.

His career in the mortgage industry started in 2003 in Washington, DC as an account executive for Full Spectrum lending which was a division of Countrywide Home loans where he worked for 8 years. During those 8 years, he transferred to Los Angeles where he stayed with the company until 2009. Since that time, he has worked for other major lenders such as Prospect Mortgage and New American Funding to name a few.

Since moving to Los Angeles, Sean has been involved with several organizations that help serve the community. Not only does he educate his community by partnering with local nonprofits to teach potential homeowners about the importance of homeownership, but he also helps educate youth teaching financial literacy to high schoolers well.  As a golfer in college, he also is a volunteer golf coach for a local travel golf clinic in Los Angeles where he is helping young golfers access colleges by assisting youth to enter HBCU’s and other higher education facilities with golf scholarships. 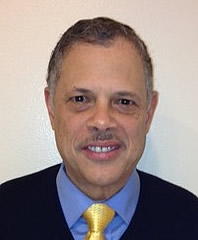 Greg Delahoussaye is a lifetime educator. He grew up in Los Angeles where he received a BA degree in History and teaching credentials the following year. He has been leading student groups on HBCU tours since 1988. Greg is also a well-organized and efficient tour leader, well known to a number of civic organizations and corporations who have sponsored students to go on the tour. As an educator, Greg has dedicated his career to ensuring that students receive the best educational opportunities. Beyond working out all the details for the tours, he always available to offer college selection advice to participants and their parents. His commitment has not gone unnoticed and year after year, both he and Yasmin have been honored for outstanding service to the community by the media, elected local, state, and national representatives as well as additional organizations. 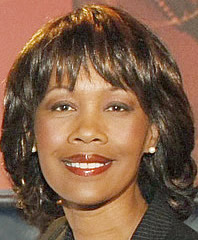 Dr. Yasmin Delahoussaye holds a BA degree in History from California State University, Los Angeles, a MA degree in Educational Psychology from California State University, Northridge, and an Ed.D. in Educational Leadership from the University of California, Los Angeles. As a former community college counselor, vice-chancellor, and college president, she is well aware of the type of students that each college seeks and is able to talk directly to admissions officials to assist students with gaining admission. A trusted educator, Yasmin has served on the Los Angeles City Human Relations Commission, the California State Student Aid Commission (which has responsibility for administering state financial aid programs), and the California Community Colleges Student Success Task Force whose 22 recommendations to improve student success and completion resulted in new legislation for all community colleges in California. One of the highlights of her work was being honored by the late Dr. Dorothy Height and the National Council of Negro Women in Washington, DC. at their tribute to Black Women Community Leaders.